From Heraldry of the World
Your site history : Antonios Karagiannis
Jump to navigation Jump to search 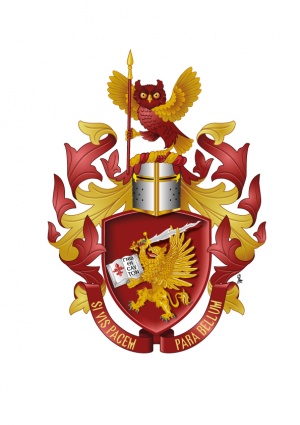 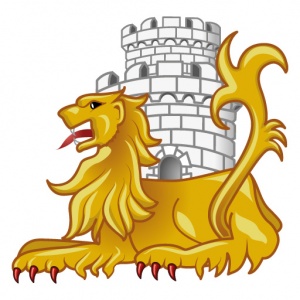 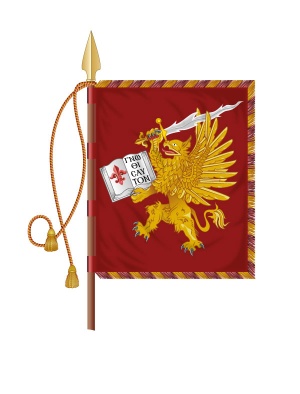 The last name Karagiannis is a nick-name added 4 generations back, instead of the ordinal family last name Leloudas. Αccording to oral family tradition the Leloudas surname comes from the French Lelude, considering a possible blood lineage to the French during the 13th-14th centuries (Frankish Principality of Achaea, Peloponnese, Greece, 1204-1430 AD). The armiger’s family origins from Achaea and Ileia, in Peloponnese.

Colors: a) Or, as a symbol of the sun, elevation of the mind, generosity and a clue to Leloudas/Lelude last name, meaning a glade or light in French and b) Gules, the red color of a warrior, courage, magnanimity and a warrior ancestors tribute. Starting from the sixth great grandfather Tasos Leloudas, fighter of the Greek independence revolution in 1821 to the father Tasos Karagiannis, also a Greek army officer, fighter both of the WW II (El Alamein, Rimini) and the Greek Expeditionary Force in Korea war in 1950.

There is a griffin on the shield of Alexander the Great, depicted in a Hans Burgkmayr engraving (1519 AD - Nine Worthies). Golden rings with engraved griffins have been found as well in Mycenaean tombs in Peloponnese.

Griffins are a medieval representative of the East, under Frankish rule of Morea, the Akova castle in Peloponnese, Greece, named as Mattegriffon, meaning griffins are monsters like the Greeks.

Additionally, a griffin is a symbol of strength, courage, vigilance, valor and perseverance, a guard of treasures and rapidity of execution. It dares all dangers and even death itself. According to one etymological approach the griffin is connected to Christianity by the words "gryps" and "cherub".

The opened book indicates love for knowledge, love for books and an important source for the family, creating a sufficient library.

The fleur-de-lis represents a possible blood lineage to the French.

The book’s inscription "Know thyself" (in Greek), is the main teaching of Socrates. Through self-knowledge and soul searching, somebody can reach theosis, an esoteric work the armiger’s family applies.

Motto: Si vis pacem, para bellum is a Latin adage translated as "If you want peace, prepare for war" (Vegetius, inspired by Plato at Laws I, 628-629). The armiger states the value of an ongoing preparedness and preparation.

Crest: The owl has a triple symbolism: a) it is a symbol of Athens, the armiger’s birth city, b) a symbol of education, indicating the armiger’s profession and c) a symbol of vigilance, acute wit and associated with spirits. A nocturnal bird of prey with psychic powers, the angel of death, spiritual influence, wisdom, knowledge, inner-knowing and intuition, a messenger between earth and heavenly spirit, can see through deception and illusion, find hidden truths. The bird teaches us to accept the dark side of our personality. The armiger embraces all these aspects.

The spear indicates that the armiger served in Hellenic Armed forces, has a devotion to honor and practices the rules of a gallant knighthood in his everyday life.

Badge: Lion couchant as an emblem of restful vigilance and conscious power, prepared instantly to attack or defend. The White Tower is the symbol of the city of Thessaloniki, where the armiger lives.