From Heraldry of the World
Your site history : Campion School
Jump to navigation Jump to search 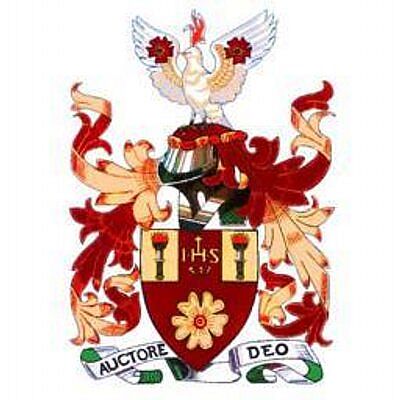 Arms: Sanguine, a campion flower and in chief the letters IHS ensigned by a cross with three passion nails in pile below the letters, being the device of the Society of Jesus, between a dexter and a sinister canton Or, each charged with a torch enflamed proper.
Crest: On a wreath of the colours, A dove displayed argent, beaked and legged Or, on each wing a campion flower sanguine, the head ensigned by a tongue of flame proper.
Motto: Auctore Deo