The Channel Islands are a group of islands in the English Channel. They are not officially part of the United Kingdom, but are self governing (although they have representatives in the UK parliament). The main islands are Jersey, Guernsey and Alderney, with some smaller, such as Sark and Herm.

The islands do not have municipalities and boroughs as in the United Kingdom, but are divided in parishes. When these have arms, they are listed under the island. 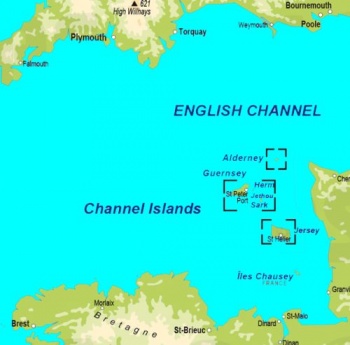