From Heraldry of the World
Your site history : Christian Noel Frank Green
Jump to navigation Jump to search 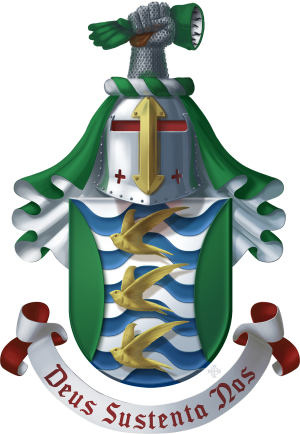 The armiger was born and brought up in Sussex, where, according to the Domesday Book, Greens have lived since before the Norman Conquest. The arms depict three Martlets (the heraldic bird of Sussex) flying across the sea from land to land, reflecting the armiger's diplomatic career. The iron hand and velvet glove of the crest is also an echo of diplomacy.