From Heraldry of the World
Your site history : Fleet Replenishment Oiler USNS Rappahannock (T-AO-204)
Jump to navigation Jump to search 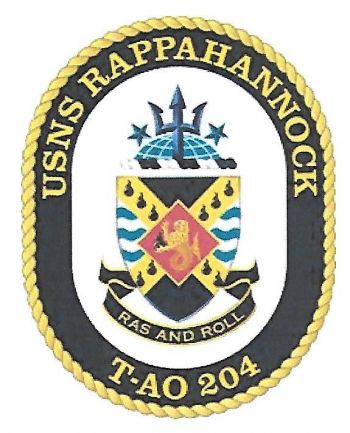