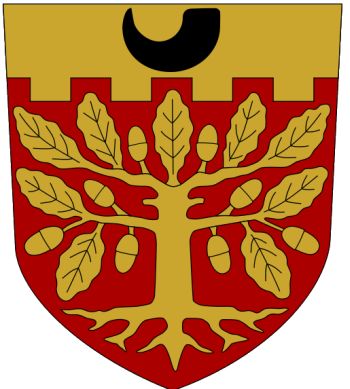 The arms were officially granted on February 12, 1953.

The horn in the chief is taken from the arms of the Horn family, who played a major role in the local history. The wall refers to the many fortresses in the region in medieval times. The oak refers to the oak forests and the estates in the municipality.