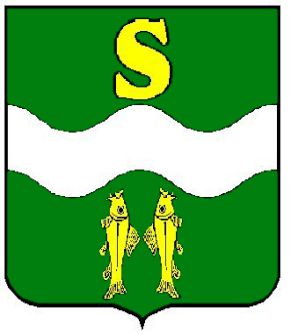 Granted two weeks (June 16, 1960) before the date of access to the Independence of Congo, they are the last civic arms to have been attributed by the Belgian colonial administration. It is not known, however, if these arms were ever officially used.

The wavy bar represents the river Congo at the edge of which the city was built. The green colour reminds the forest which surrounds the city and fishes symbolises the importance of fishing for the local tribe, the Wagenias.