From Heraldry of the World
Your site history : Myanmar
Jump to navigation Jump to search 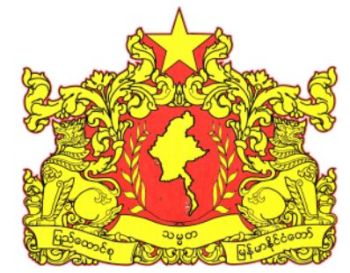 Myanmar does not use a coat of arms, but the above symbol or emblem. The symbol shows the map of the country and has has two chinthe (mythical lions) facing opposite one another as supporters. The map is surrounded by traditional Burmese flower designs and a star at its top.

Until 2008 the country used a slightly different version : 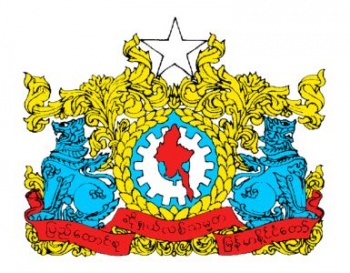