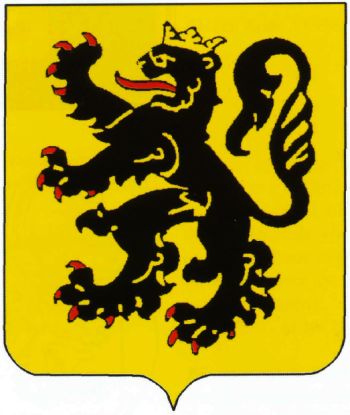 The arms of Namur were never officially granted, but were confirmed in 1814 and are still used.

The lion in the arms of Namur is derived from the lion of Vlaanderen and Hainaut. In 1195 Baldwin of Vlaanderen divided his possessions, including Hainaur and Namur, among his sons. His son Philip received Namur and used the old arms of Vlaanderen, but with a red bend to distinguish his arms for his new territory. All his successors also used the red bend until 1364. The crown was added in the early 14th century.

The city of Namur, capital of the county, already in medieval times adopted the arms of the Counts of Namur. Ever since the city has used these arms.