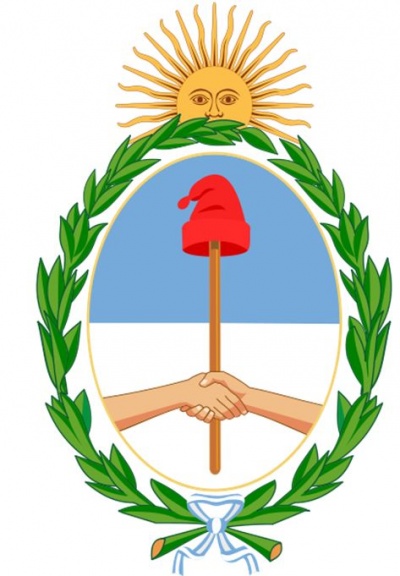 Argentina does not use porper heraldic arms, but the above emblem, which is commonly referred to as a coat of arms.

Both right human forearms represent the union of all towns into the United Provinces of River Plate. The red cap is an older symbol for liberty, and the pike demonstrates the purpose of holding it even when fighting.

The rising sun, announces to the world the appearance of a new nation.
The laurels are symbols of victory and triumph, depicting the glory acquired in Suipacha and Tucumán battles.

The ribbon and the shield in blue and white colours, have similar colours of each part of the ellipse, and it is allusive to the Argentine nationality.