THE NATIONAL ARMS OF JAMAICA 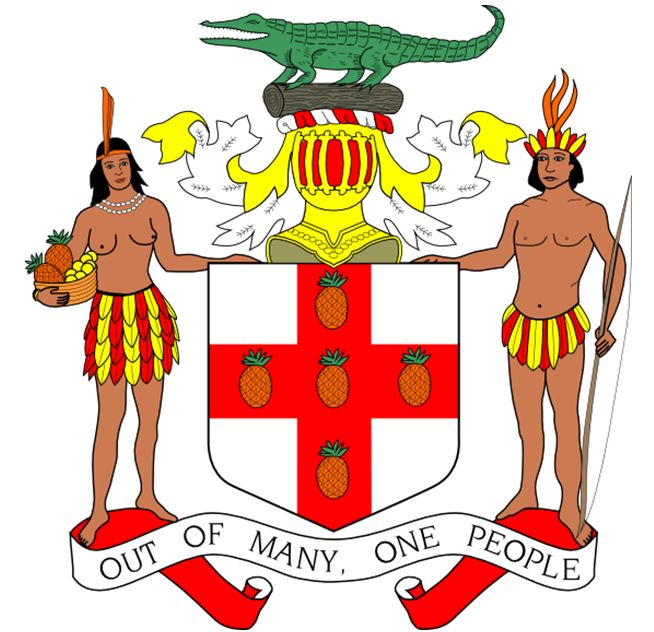 Jamaica was the first British colony to receive its own arms on February 3, 1661. The arms show the English red cross with 5 pineapples, symbol for the local economy. As a crest a crocodile is used and two Arawak Indians were added as supporters, holding a pineapple and a bow. The motto 'Indus uterque serviet uni' means 'Both Indies will serve one'. Even though several details have been changed, the basic design has not been changed.

On April 8, 1957 new arms were granted, due to the doubtful blazon of the original arms. A Royal helm and mantling were added and the design of the different elements changed slightly.

Just before the independence, on July 13, 1962 the motto was replaced by the new motto 'Out of many, one people'. The colour of the scroll was also adjusted.

After the independence in 1962, a few more small colour changes were made.

The arms on collector's items