This section shows some individual calendars with a heraldic theme, they may not be labelled as heraldic calendars as such and are not part of a series.

The Nieuws van de Dag was a Dutch newspaper, which has issued two calendars with a heraldic theme.

Both calendars have been illustrated by T van der Laars, a well known Dutch heraldic artist, who was also responsible for the Dutch (and probably Belgian and partly Polish) Coffee Hag albums. 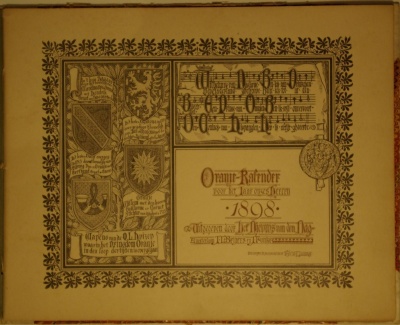 This is a black and white calendar issued in 1898 and is devoted to the Dutch Royal family. Each page shows a famous person in the dynasty with one or more elaborately designed arms of the person and/or territories. At the end there are several pages describing the arms and the proper colours thereof. 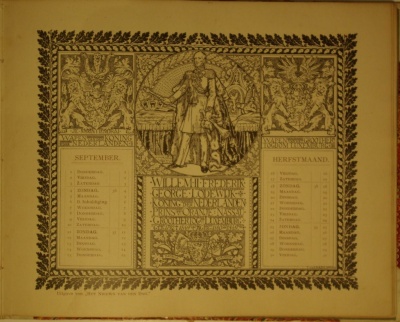 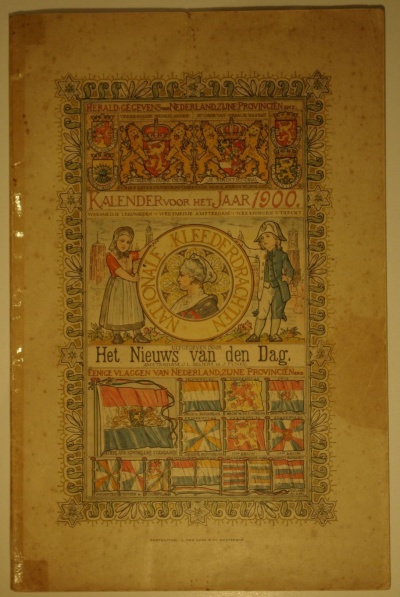 This calendar is marked as a calendar of regional costumes.

The inside shows per month a Dutch province with a lady in regional costumes and several town arms of that province, which makes it a heraldic calendar. 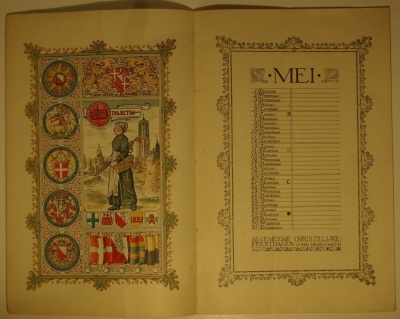