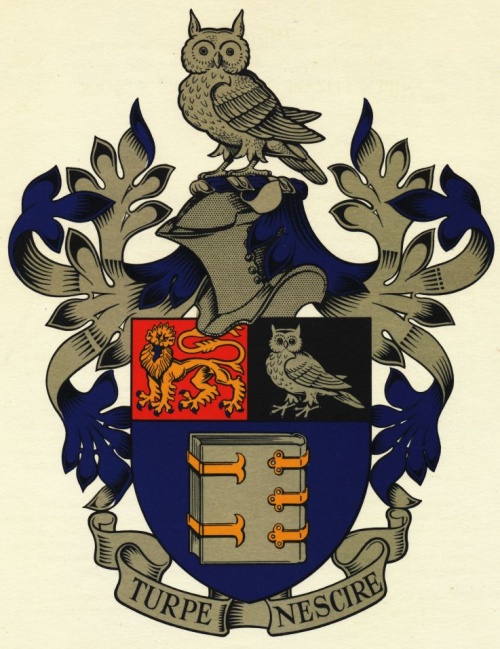 Arms : Per fess, in the upper half parted per pale, gules a lion statant guardant or, and sable an owl argent, the lower half azure a Bible argent with clasps Or.
Crest : An owl argent.
Motto: TURPE NESCIRE ("It is a disgrace to be ignorant")

The arms have been in use since 1591, but it is not knwon when or if they were granted.

The golden lion on the red field refers to the royal foundation. The silver owl on black is taken from the arms of the Savile family (who probably pushed the Queen to found the school), which bore Argent, on a bend sable, three owls of the first, with a crescent for difference.

The Bible indicates the religious side of education. The crest is one of two used by the Savile family. The motto is probably taken from Cicero, De Off. i, 16, 18.