From Heraldry of the World
Your site history : Reginald Ignatius Periwinkle
Jump to navigation Jump to search 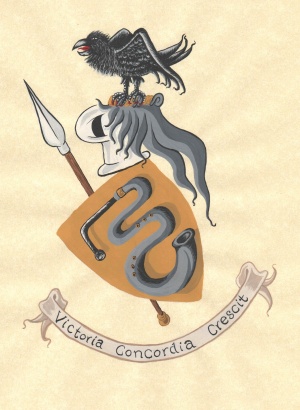 Arms: Or, a Church Serpent of six tone holes sable, garnished of the first. Crest: Upon an esquire's helm, a raven (corvus corax) proper, perched upon a wreath of or and sable. Motto: Victoria Concordia Crescit.