From Heraldry of the World
Your site history : St. Edward's School (Oxford)
Jump to navigation Jump to search 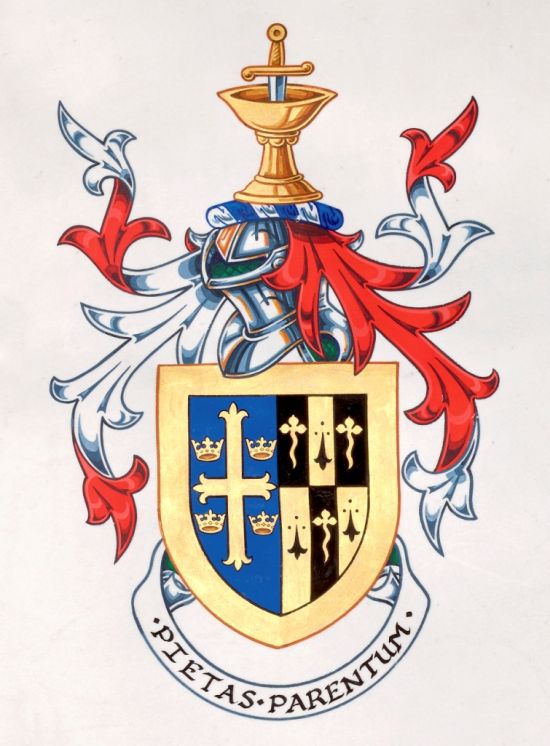 Arms: Azure a Cross flory between four Ancient Crowns impaling Per fess Sable and Or a Pale counterchanged in the Or an Ermine Spot Sable and in the Sable a Trefoil slipped Or the whole within a Bordure also Or.
Crest: Upon a Helm with a Wreath Argent and Azure Issuant from a Cup Or a Dagger erect point downwards Argent hilt and pommel Or.
Motto: Pietas Parentum

The arms were officially granted on December 5, 2017.

If you have any information on these arms Edward's School (Oxford) mail us !

Literature: Image from the College of Arms