From Heraldry of the World
Your site history : Suchard
Jump to navigation Jump to search 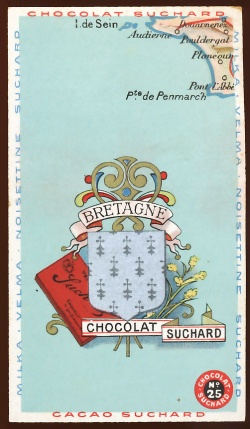 Suchard is a chocolate company which has issued thousands of trade cards and stamps. One of the series issued was Carte de la France en 72 vignettes (Map of France in 72 cards), which contained some cards with the arms of the regions of France, most cards showed a part of a map only.

Heraldic cards in the series