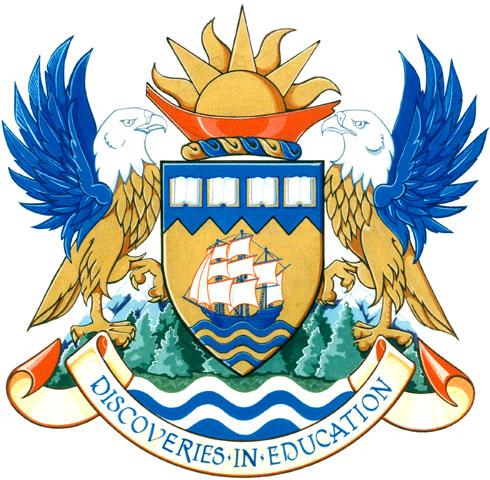 Arms : Or over three barrulets wavy Azure in base a representation of a Spanish corbeta tempore 1790 Azure sails Argent edged Gules on a chief dancetty Azure four open books Argent bound Or
Crest : Issuant from a Salish canoe Gules a demi-sun in splendour Or
Supporters : On a grassy mount set with fir trees Vert in front of mountains proper crested Argent all rising above barry wavy Argent and Azure two eagles Or heads Argent wings elevated and addorsed Azure
Motto : Discoveries in education