From Heraldry of the World
Your site history : Åre
Jump to navigation Jump to search 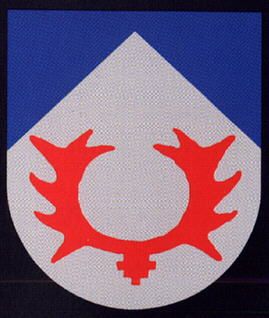 The arms were officially registered in 1978.

The arms show a silver point, symbolising the Åreskutan, a well known mountain and ski-area in the municipality. The lower half shows an elk-antler, as elk are common in the region and the antler was also part of the arms of Kall until 1974.

Also, in stone age images found in the region elk antlers were already shown, making them a symbol of the long inhabitation of the area. 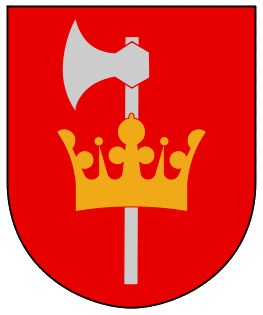 The arms show a crown and an axe, symbols for Saint Olaf, King of Norway. The road of pilgrims from Sweden to Trondheim passed through Åre and the local church was devoted to St. Olaf.