From Heraldry of the World
Your site history : 2nd General Hospital, US Army
Jump to navigation Jump to search 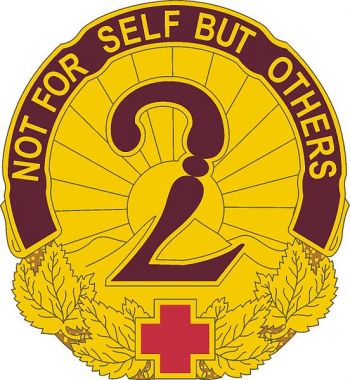 The rising sun is from the seal of the State of New York site of the Hospital's activation in Feburary 1917. The sun also symbolises healing. The Fleam a surgical instument is inverted to form the number 2. The four grape leaves. a symbol of endurance symbolise the four World War II campaigns.