From Heraldry of the World
Your site history : 527th Military Intelligence Battalion, US Army
Jump to navigation Jump to search 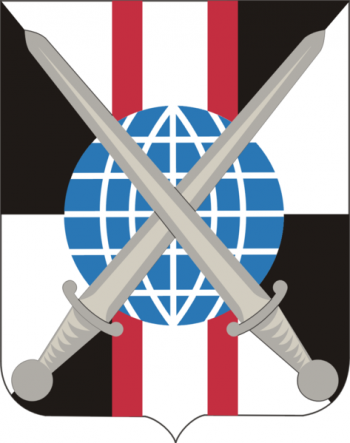 The division of the Shield symbolize the ever-changing methods of counterintelligence functions and the day/night vigilance of intelligence gathering. The red and white allude to Coat of Arms of Kaiserslautern in Germany, where the Unit has been stationed. The Globe alludes to the overseas origin and duty of the Unit and resembles a grid, which suggests the shifting of information through the Unit to Support Army goals. The crossed swords symbolize offensive and defensive counterintelligence and the defense of Europe.