From Heraldry of the World
Your site history : 9th Finance Battalion, US Army
Jump to navigation Jump to search 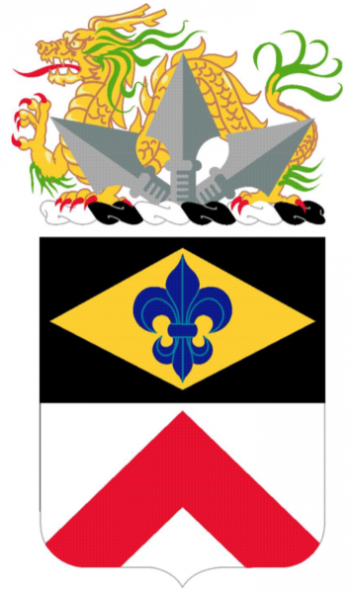 Per fess Sable and Argent in chief a lozenge fesswise Or charged with a fleur-de-lis Azure in base a chevron Gules.
Crest: From a wreath Argent and Sable an oriental dragon passant Or armed and langued Gules garnished Vert superimposed by three spearheads radiation from base Proper.
Motto: Vanguard of Support.