From Heraldry of the World
Your site history : All Hallows Catholic College (Macclesfield)
Jump to navigation Jump to search 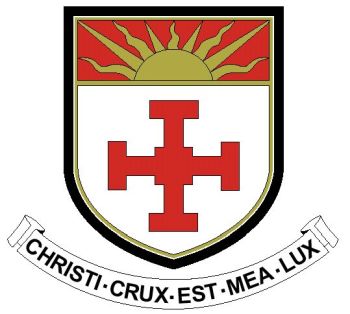 The arms show St Chad’s cross. A cross is the central sign of the Christian Faith. It speaks of the life, death and resurrection of Jesus. St Chad was an Abbott from Northumbria who was made Bishop of York and then Lichfield. He died in 672.

The four arms of the Cross represent the spreading of the gospel message to the ‘four corners of the earth’. At the top of the badge is the rising sun. This shows the belief that Jesus, the Son of God, rose from the dead and is alive with us today. Light is a symbol of knowledge and salvation.

The motto ‘Christi Crux Est Mea Lux’ means ‘The Cross of Christ is My Light’. 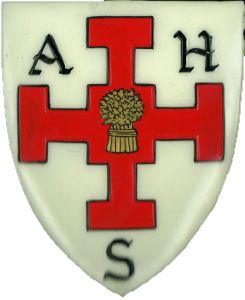 These arms also showed the cross, but with a garb, symbolising Cheshire.