From Heraldry of the World
Your site history : Allhallows College
Jump to navigation Jump to search 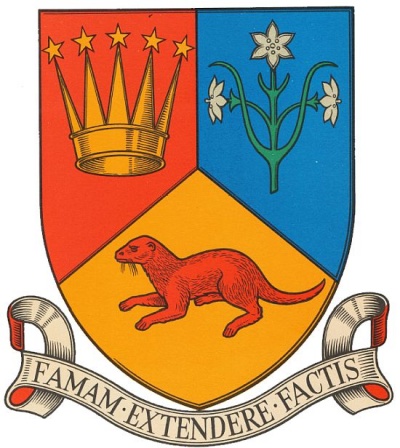 Arms: Tierce in pairle reversed gules, azure and Or, in chief a celestial crown of the third and three lilies slipped vert issuant crosswise from one stalk, the outer lilies depressed by two leaves arrondie growing from the base of the stalk also vert, and in base an otter couchant of the first.
Motto: Famam extendere factis