From Heraldry of the World
Your site history : Americana
Jump to navigation Jump to search 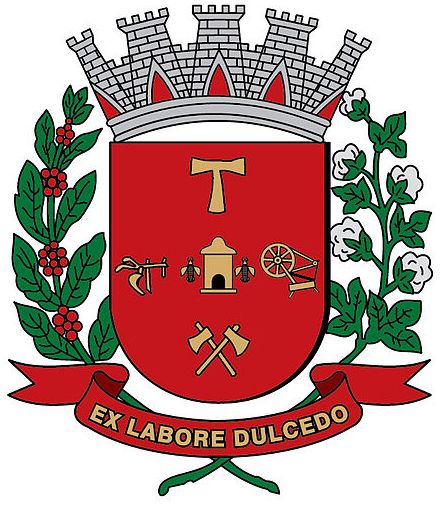 The cross is the cross of St. Anthony, the local patron saint. The beehive and bees symbolise labour and the hard work of the founders of the city. The farm refers to the initial settlers who cleared the forest and soil. The plough and spinning wheel refer to the textile industry and the (originally) agricultural character of the settlement. The latter is also symbolised by the cotton and coffee branches.

The previous arms were designed in 1975. 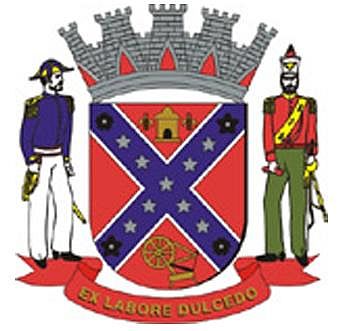 Americana was founded by Confederate immigrants who fled the U.S. during the reconstruction era. They were called Confederados and were invited to Brazil by Dom Pedro II to settle the area. Later immigration by Italians, Portuguese and other groups greatly diminished the Confederado population. The coat of arms was adopted following the visit of American president Jimmy Carter in 1975 who had relatives in the Confederado community. The arms are based on the US Confederate flag and with two US soldiers as supporters. The arms also already had the bees, beehive and spinning wheel.

Literature : personal information from A. Silva.