From Heraldry of the World
Your site history : Ampleforth College
Jump to navigation Jump to search 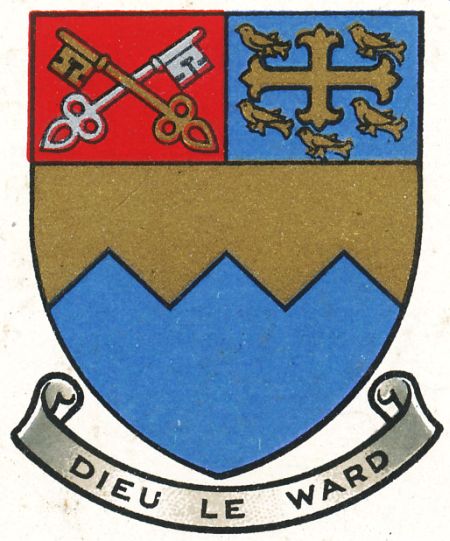 Arms: Per fesse dancette Or and azure, a chief per pale gules and of the second charged on the dexter side with two keys in saltire Or and argent and on the sinister with a cross flory between five martlets of the first.
Motto:' Dieu le ward.