From Heraldry of the World
Your site history : Anglia Building Society
Jump to navigation Jump to search 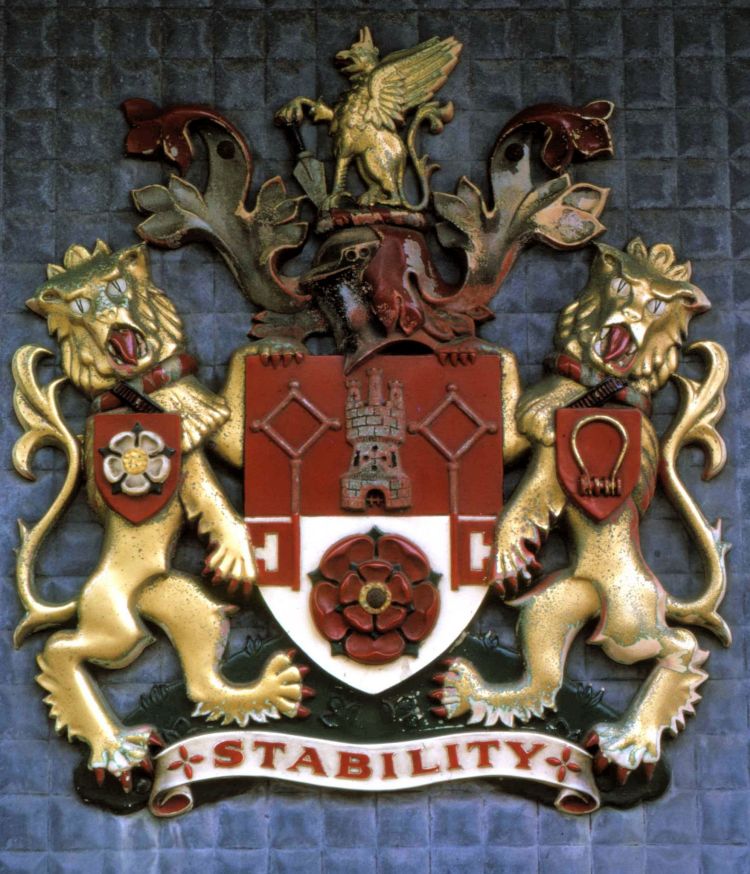 Arms: Per fesse gules and argent, in chief a tower triple towered of the second, the portcullis raised Or, and in base a double rose of the first barbed and seeded proper; all between two keys, wards downwards and outwards, counter­ changed.
Crest: On a wreath of the colours, Upon a mount vert a griffin segreant Or resting the dexter claw upon a builder's trowel, point downward, proper.
Supporters: On either side a lion guardant Or gorged with a wreath argent and gules, pendant therefroni by a leather guige an escutcheon also gules, that on the dexter charged with a rose argent, barbed and seeded proper, and that on the sinister with a fetterlock gold.
Motto: Stability.

The arms were officially granted on September 10, 1956 to the Northampton Town and County Building Society; regranted 1 October 1968 upon the change in name.