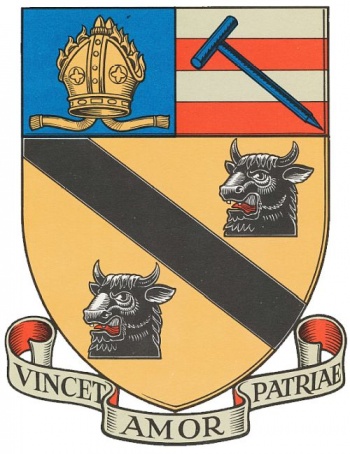 Arms: Or, a bend between two bulls' heads couped sable; on a chief per pale azure and harry of four argent and gules, a mitre of the first and a rectorial staff in bend of the third.
Motto: Vincet amor patriae.

If you have any information on these arms Holgate's School mail us !