From Heraldry of the World
Your site history : Archdiocese of Boston
Jump to navigation Jump to search 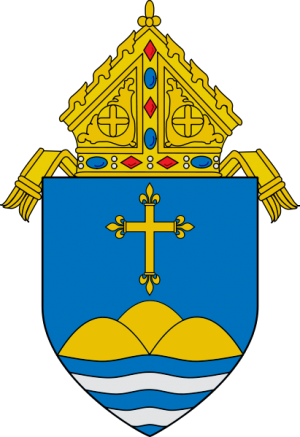 Azure, a cross fleurettee or; issuant from a base bary wavy of five, of the first and argent, a mount of three coteaux of the second.

The "trimount" ( or "mount of three coupeaux") is symbolic of Boston, the original name of which was Trimountaine, in reference to the three hills on which the city is said to have been built. In the early chancery documents, Boston was called «Tremontinensis." The cross fleurettée is in honor of the Cathedral's name: The Holy Cross, and a reminder that the first bishop of Boston and other early ecclesiastics were natives of France.

At the base the " barry-wavy" is an allusion to the fact that Boston is one of the most important seaports of the country and was populated by people arriving here from across the sea.