From Heraldry of the World
Your site history : Archdiocese of Glasgow
Jump to navigation Jump to search 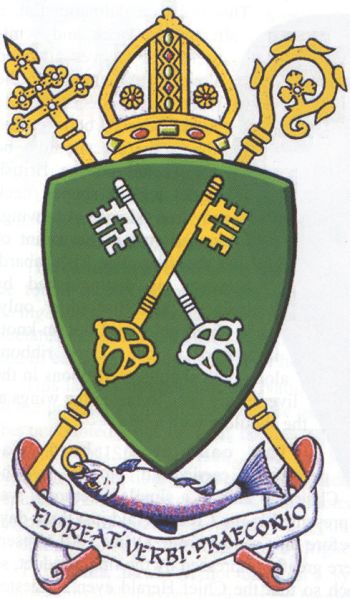 The arms show the two crossed keys of St. Peter, as a symbol for the Roman Catholic Church. The salmon with the ring below the shield is the symbol of St Mungo (or Kentigern) founder and patron Saint of the City of Glasgow.