From Heraldry of the World
Your site history : Archdiocese of Los Angeles
Jump to navigation Jump to search 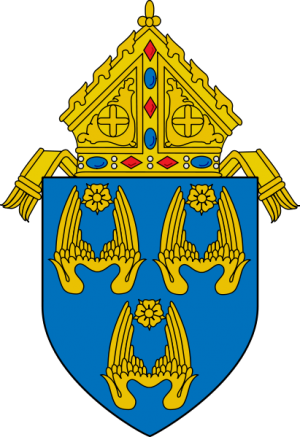 Azure, three pairs of wings conjoined and erect, between the tips of each pair a rose, all or.