From Heraldry of the World
Your site history : Archdiocese of Philadelphia
Jump to navigation Jump to search

Established : 1808 as Diocese of Philadelphia
Elevated to Archdiocese in 1875 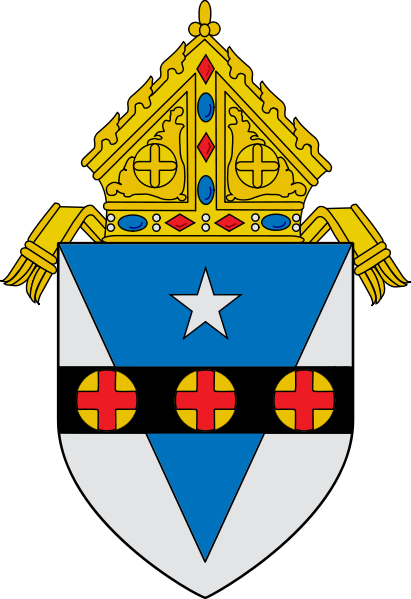 Argent, on a pile azure a star in chief of the field, the pile debruised by a fess sable, thereon three plates each charged with a cross gules.

A blue 'pennant' and silver star are symbols of the Blessed Virgin, while the bezants are adapted from the plates argent in the family arms of William Penn. Their gules crosses represent the Trinity.