From Heraldry of the World
Your site history : Archdiocese of San Antonio
Jump to navigation Jump to search 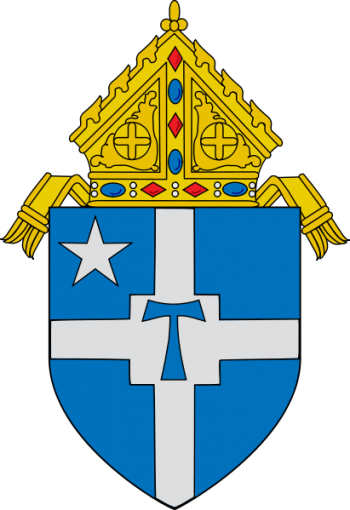 Azure, on a cross quadrate argent a Tau-cross of the field, in dexter canton a star of the second.

The arms show a large cross of Christian Faith, its center enlarged and squared to receive the Tau cross symbol for St. Anthony. It is derived from the short crutch which the Saint slipped under one arm to support his tired body during long vigils.

The star is the "Lone Star" of the State of Texas.