From Heraldry of the World
Your site history : Armorial de Fribourg postcards
Jump to navigation Jump to search 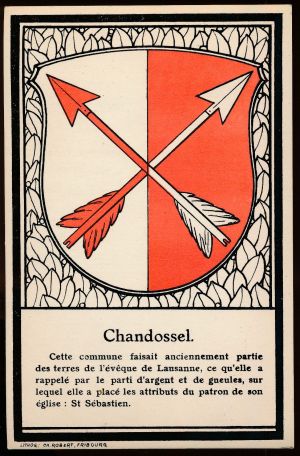 These postcards were issued before 1940. The front of the cards shows the coat of arms of the municipality as well as a description. The reverse shows the series name (Armoiries Communales du Canton de Fribourg) and the card number. The cards were issued in series of 10.

The publisher is not known, but the cards were engraved by Ch. Robert, Fribourg. 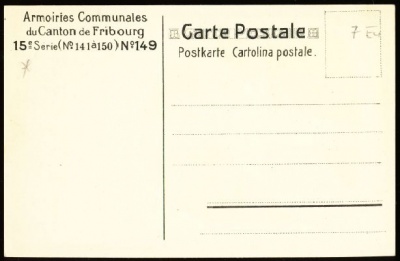