From Heraldry of the World
Your site history : Arvika
Jump to navigation Jump to search 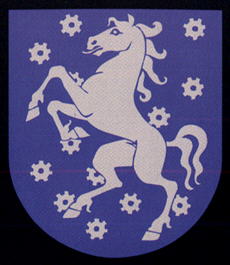 The arms were officially granted on December 31, 1918.

The arms are not based on old seals, but are devised in 1918. The arms show the symbols of industry and horsebreeding, the two main occupations in the beginning of the 20th century. The horse also symbolises the fact that a local legend states that the lands were created by a white horse.

In 1811 Arvika was founded as a city named Oscarsstad, but the name only lasted until 1821: 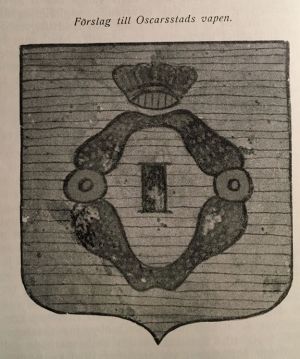 Whether these arms have actually been used is not clear, neither is the meaning. The crown and the I may refer to King Oscar I, but he became King only in 1844, when the town was already re-named to Arvika.