From Heraldry of the World
Your site history : Association of Consulting Engineers
Jump to navigation Jump to search 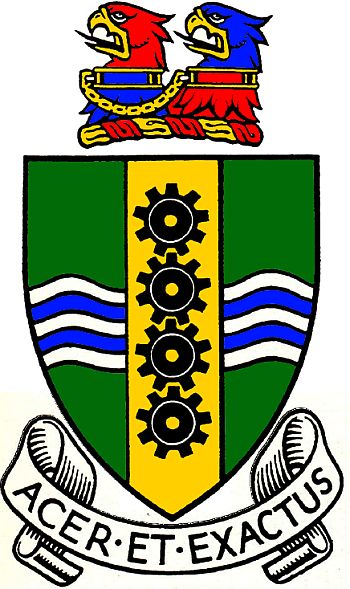 Arms : Vert, on a fess wavy argent two bar­rulets wavy azure; over all a pale Or, thereon four cogwheels throughout and engaged sable.
Crest: On a wreath Or and gules, Two eagles' heads erased and per fess, the dexter gules and azure, the sinister azure and gules, both beaked and collared, the collars linked by a chain Or.
Motto: Acer et exactus

If you have any information on these arms of Consulting Engineers mail us !