From Heraldry of the World
Your site history : Association of Municipal Authorities of Northern Ireland
Jump to navigation Jump to search 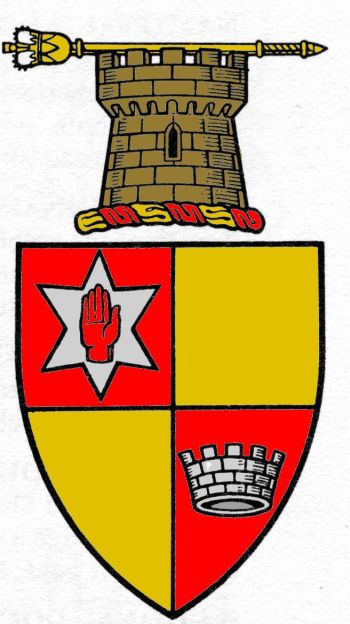 Arms : Quarterly gules and Or, in the first quarter a mullet of six points argent charged with a dexter hand couped at the wrist of the first, and in the fourth a mural crown also argent.
Crest: On a wreath of the colours, Upon a demi tower proper a mace fessewise Or.

The arms were officially granted on September 1, 1954.

If you have any information on these arms of Municipal Authorities of Northern Ireland mail us !