Association of Rating and Valuation Officers

From Heraldry of the World
Your site history : Association of Rating and Valuation Officers
Jump to navigation Jump to search

ASSOCIATION OF RATING AND VALUATION OFFICERS 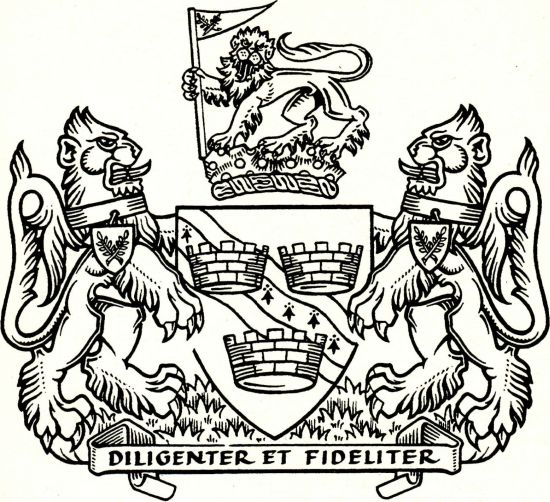 Arms : Vert, a bend wavy argent charged with a bendlet wavy ermine; over all three mural crowns or·.
Crest: On a wreath of the colours, Upon a rock proper semee of bezants and plates, a lion passant guardant Or supporting a staff gules, flying therefrom a pennon gold charged with two branches of laurel in saltire vert.
Supporters: On either side a lion Or gorged with a collar, pendent therefrom by a chain an escutcheon gules charged with two branches of laurel in saltire gold.
Motto: Diligen­ ter et fideliter.

If you have any information on these arms of Rating and Valuation Officers mail us !