From Heraldry of the World
Your site history : Aston Charities Trust
Jump to navigation Jump to search 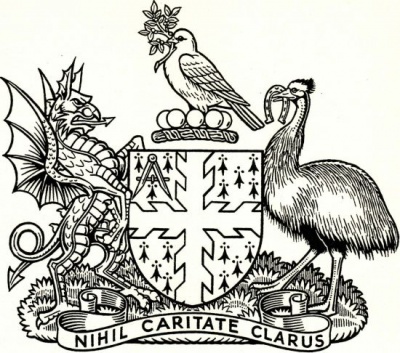 Arms : Ermine, a cross ragtily gules; in dexter chief a pair of compasses Or.
Crest: On a wreath argent and gules, lssuant from a circlet of eight bezants, a dove proper holding in the beak a sprig of olive Or.
Supporters: On the dexter side a dragon; and on the sinister side an emu holding in the beak a horseshoe, all Or.
Motto: Nihil caritate clarus.

If you have any information on these arms Charities Trust mail us !