From Heraldry of the World
Your site history : Bünting
Jump to navigation Jump to search
Bünting Tea : German city arms 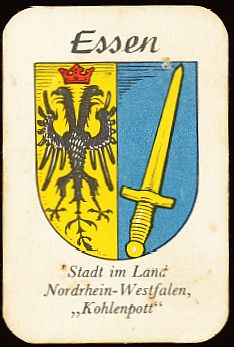 Bunting is a company specialised in coffee and tea from Leer, Germany. The company still exists. The company issued several series of trade cards, including one with German city arms.

I have no idea how many stamps were actually issued, as they are not numbered. I only know a few images. The images have two different backs as shown below.