From Heraldry of the World
Your site history : Bakoena Traditional Community
Jump to navigation Jump to search 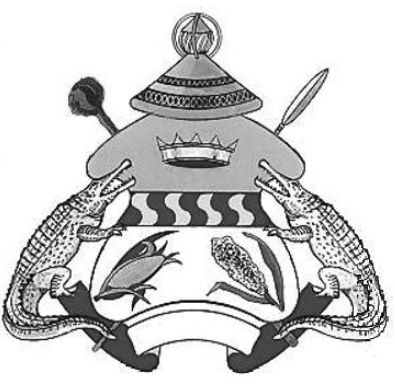 Arms: An oval shield per fess Or and Argent, on a barrulet Vert stylized representations of green algae Vert, between in chief an eastern coronet Argent and in base dexter a maize-cob, slipped and leaved and sinister a sorghum head, slipped and leaved proper. The shield is ensigned of a traditional Sesotho hat proper. Behind the shield is placed a knobkierie and spear in saltire proper.
Supporters: On either side a crocodile proper.
Motto: PULA NALA

The arms were officially granted in 2016.

If you have any information on these arms Traditional Community mail us !