From Heraldry of the World
Your site history : Balliol College (Oxford University)
Jump to navigation Jump to search 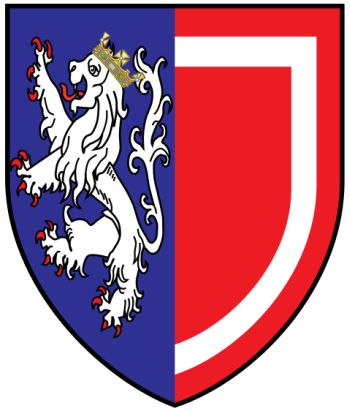 (In practice the relative positions of the two coats are reversed)

This College takes its name and arms from its founders John, Lord Balliol, and his wife Devorguilla, daughter of the Lord of Galloway. Balliol (or Baliol) gave his first endowment in 1263, but it was his wife who gave it its first statutes in 1269, after her husband's death. Devorguilla's arms are: azure a lion rampant argent, crowned or; as she was a great heiress she impaled her husband's arms, gules, an orle argent.