From Heraldry of the World
Your site history : Baltic Mercantile Shipping Exchange
Jump to navigation Jump to search 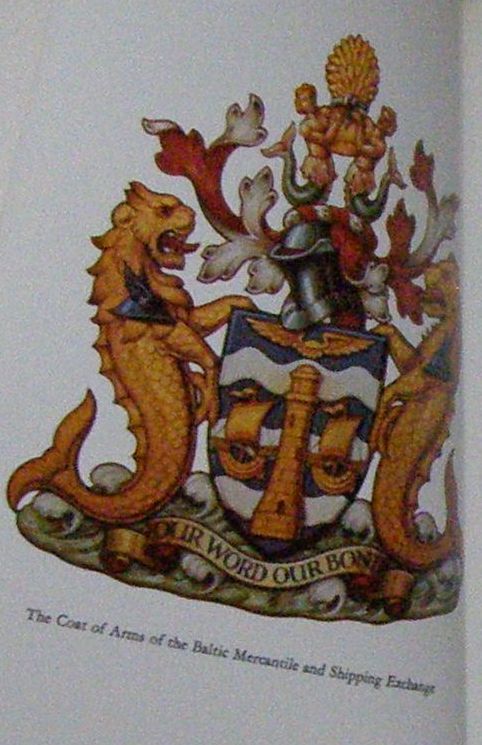 Arms: Azure, three bars wavy argent, over all a lighthouse between two lymphads, sails set and pennons flying Or, in chief a pair of wings conjoined gold.
Crest: On a wreath argent and gules, Two mermen respectant proper sup­ porting a garb Or banded argent and azure.
Supporters: On the dexter side a sea-lion, and on the sinister side a sea-bear, both Or and charged on the shoulder with a petasus azure.
Motto: Our word our bond.

The arms were officially granted on December 10, 1957.

If you have any information on these arms Mercantile Shipping Exchange mail us !