From Heraldry of the World
Your site history : Bank of Ireland
Jump to navigation Jump to search 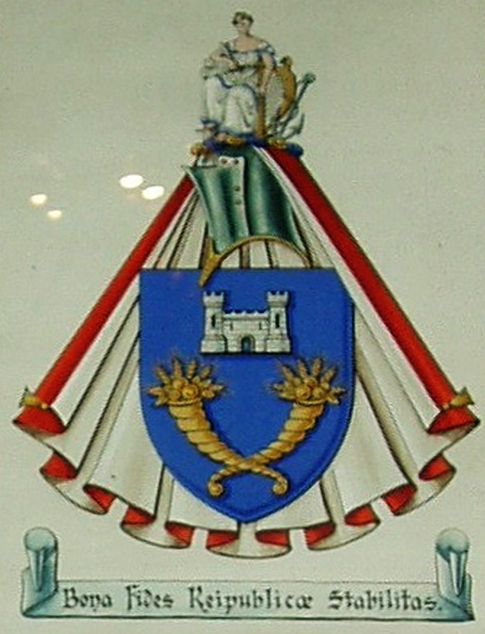 Azure two cornucopiae in saltire or, in chief a castle argent, for crest on a wreath of the colours a figure of Hibernia, seated vested argent broidered azure, seating on a harp and anchor proper, mantled gules doubled argent and for motto: Bona Fides Reipublicae Stabilitas.

If you have any information on these arms of Ireland mail us !