From Heraldry of the World
Your site history : Beaumont Hospital
Jump to navigation Jump to search 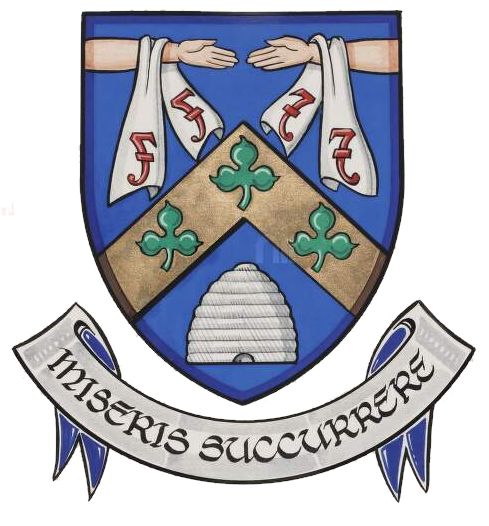 Azure on a chevron or between in chief issuant from the dexter a cubit female arm and from the sinister a cubit male arm both fessways, the hands appaumé proper, each arm draped with a napkin argent charged with two fleams gules and in base a hive of the fourth, three trefoils slipped vert. Motto Mesiers succurrere.

The arms were officially granted on September 7, 1984.