From Heraldry of the World
Your site history : Bethlem Royal Hospital and The Maudsley Hospital
Jump to navigation Jump to search 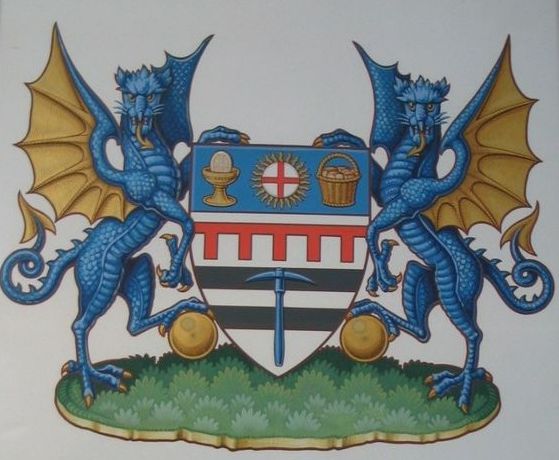 Arms : Argent, two bars sable surmounted of a pickaxe erect azure, in chief a label of five points throughout gules; on a chief azure, a plate radiated Or charged with a cross gules between a chalice Or therein a rep­ resentation of the Host argent and a basket Or containing loaves of bread of the first.
Supporters: On either side a dragon guardant azure, armed, langued and the underpart of the wings Or, resting the interior hind claw on a sphere of the last

The arms were officially granted on August 1, 1951.

If you have any information on these arms Royal Hospital and The Maudsley Hospital mail us !