From Heraldry of the World
Your site history : Birkenhead School
Jump to navigation Jump to search 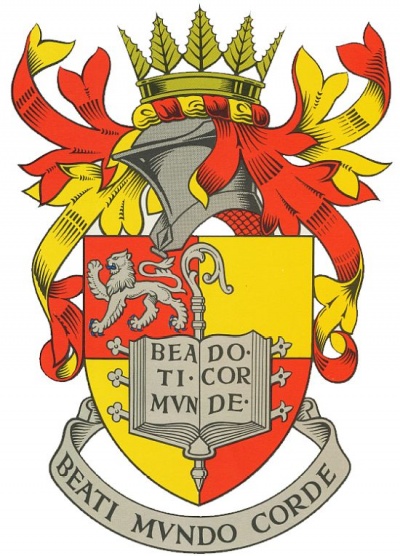 Arms: Quarterly gules and Or, in the first quarter a lion passant argent, over all a crosier erect, crook to the sinister, surmounted by an open book also argent, the pages inscribed with the words BEATI MVNDO CORDE in letters sable.
Crest: On a wreath of the colours, A coronet composed of eight silver-birch leaves set upon a rim vert.
Motto: Beati mundo corde.

The arms were officially granted on March 4, 1959.