From Heraldry of the World
Your site history : Birmingham General Hospital
Jump to navigation Jump to search 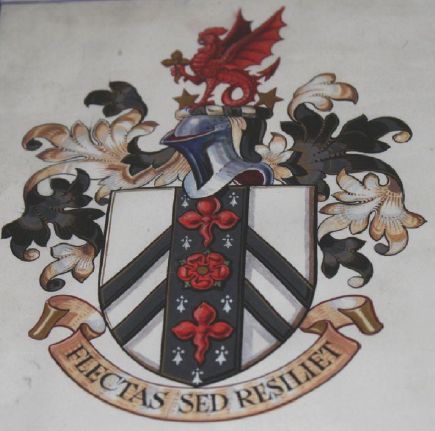 Arms : Argent, two chevronels sable; on a pale ermines a rose gules barbed and seeded proper between two trefoils also gules.
Crest: On a wreath of the colours. Between two mullets Or a cockatrice gules holding in the dexter claw a trefoil gold.
Motto: Flecta non resiliet

If you have any information on these arms General Hospital mail us !