From Heraldry of the World
Your site history : Brentwood School
Jump to navigation Jump to search 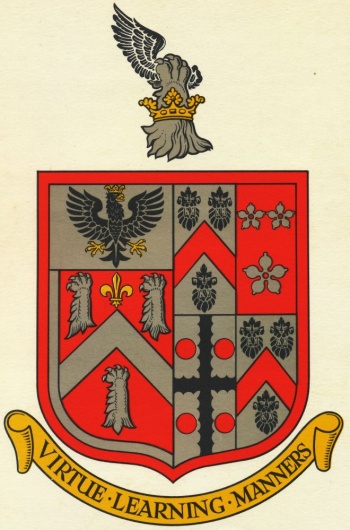 Brentwood School was founded by Sir Antony Browne and his wife, Joan, who obtained a Royal Charter licencing them to found the School on July 5th, 1558. The arms show the arms of Sir Anthony and his wife. This combination was already used for a long time by the school, before the arms were officially granted in 1957.