From Heraldry of the World
Your site history : Bridgetown
Jump to navigation Jump to search 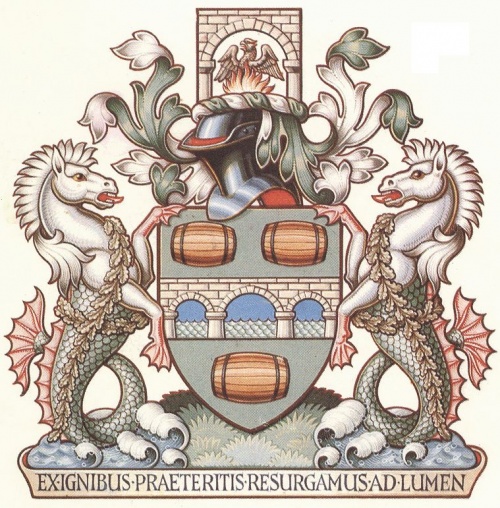 The arms were officially granted on September 20, 1960.

The bridge in the arms is a canting element. The barrels are for rum, once a major product of the island.

The crest and the motto refer to the fact that the city was destroyed by fire and rebuilt. The motto can be translated as out of the past fires we rise again to the light".