From Heraldry of the World
Your site history : Bristol, Clifton and West of England Zoological Society
Jump to navigation Jump to search 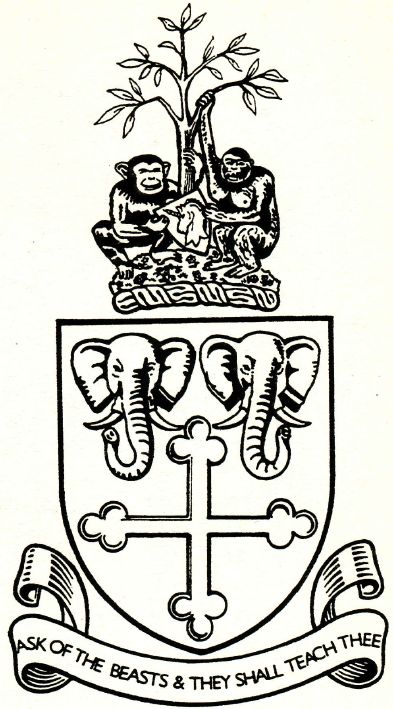 Arms : Vert, in chief two elephants' heads affrontee argent and in base a cross bottony Or.
Crest: On a wreath of the colours, On a mount vert semee of wild flowers, a sapling between a chimpanzee and a gorilla, both sejant, proper and each holding the sapling with the interior forepaw and supporting in front thereof with the exterior forepaw an escutcheon gules charged with a unicorn's head erased Or armed and crined sable.
Motto: Ask of the beasts & they shall teach thee

If you have any information on these arms Clifton and West of England Zoological Society mail us !